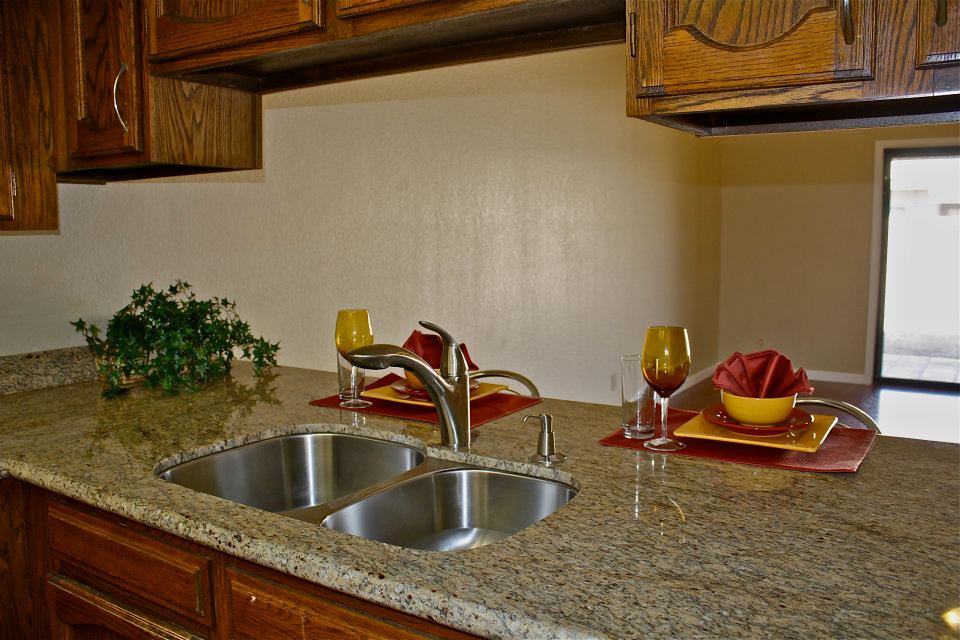 Sterling was quite the challenging home, and reminded us of the “risk” side of the fix-and-flip world.  Purchased through county foreclosure auction, we were unable to see the interior.  However, the outside looked so cute, with all the little townhomes in a row with perfectly manicured lawns, all landscaped by the HOA.  We weren’t able to view the interior until after purchase.  As the front door was opened, a initial stench wafted out from the toilets and sewer lines that had been blocked for months. The roof had been leaking in various locations, unrepaired.  Filth had been accumulating for years, on every surface in the home, and the former owners didn’t seem to mind one bit.   When departing, they took whatever they wanted, and left the rest for us to deal with.

Weeks and Mitchell Construction was the General Contractor who took on the job of finding, fixing, and replacing the roof, sewer, and drywall in addition to painting the interior. The floors were ripped up and replaced with tile, wood laminate, and carpet.

The plumbing issues turned out to be more daunting than was originally anticipated- much more than just a clog.  Jon Robinson’s Plumbing crew tracked down the problem after digging many holes, drilling, and scoping through the enitre front yard.  Apparently, an SRP electrical line had been replaced recently, and drilled straight through the middle of our sewer line.